UCSB Associated Students (AS) was this year’s recipient of the William J. Villa Award. The annual award was created in honor of the former UCSB Director of Admissions, William J. Villa. It is presented by the Vice Chancellor for Student Affairs and recognizes a university department that has demonstrated an extraordinary commitment to the general growth and development of students and quality of student life. All of us—students and staff—here at AS are honored by this campus-wide acknowledgement of the accomplishments of a truly extraordinary year!

AS is a student funded and governed organization dedicated to providing opportunities and services to UCSB students, our campus and the larger community. It’s a place where students can become immediately engaged in whatever they’re passionate about and become part of a family that values and actively supports that engagement and passion.

The truth of these words was sharply illuminated when the year began with an act of violence that has had a profound and lasting effect on UCSB students and on our community as a whole. Shortly after being sworn into office in May, AS’s elected officials and the entire organization were called upon to respond to the murder of six UCSB students with 14 more left injured by a young man residing in Isla Vista who subsequently took his own life. AS engaged immediately to become an integral part of the university’s response to this terrible tragedy. Working with campus administrators, faculty, and staff, students organized a candlelight vigil a day after that terrible night and then supported the campus administration in organizing the memorial that filled Harder Stadium. Ultimately, UCSB students showed the world that ours is a strong, resilient, and caring community. Stay Strong! is a new motto in this community. 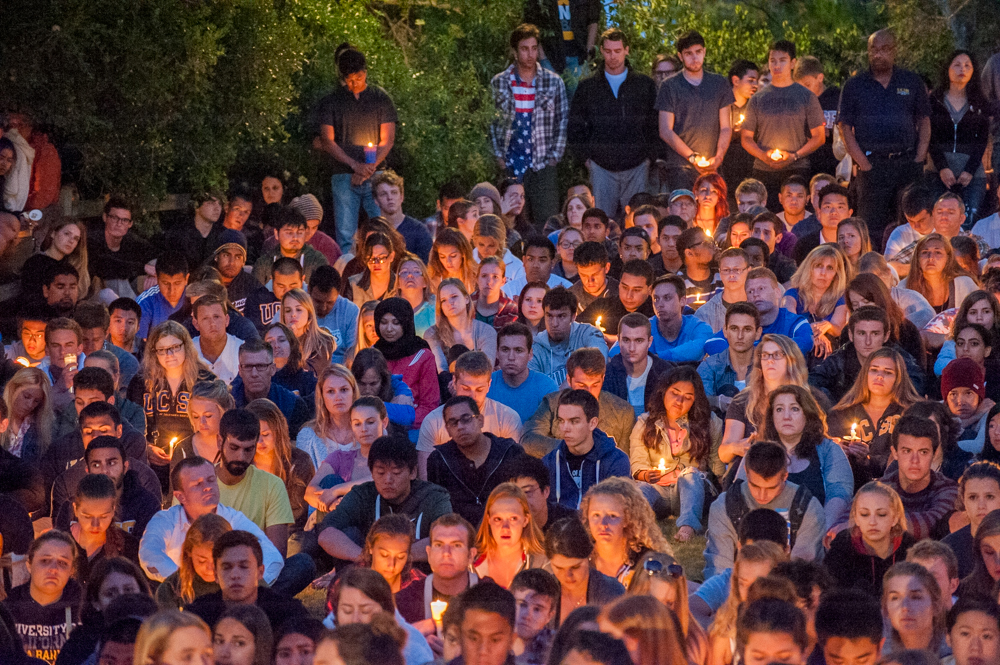 Moving forward, this year was characterized by new initiatives, including implementation of a significant restructuring of the organization. On the political front, proposed tuition increases and UC divestment from companies supplying military and other hardware to Israel led to ongoing discussions and actions. Locally, the Isla Vista Tenants Union and the Legal Resource Center advocated successfully on behalf of tenants evicted from their apartments in Isla Vista, while the Pardall Center came into its own as a resource and safe space for students in the heart of IV. Program Board produced a whole new level of programming, including the Jack Johnson Remembrance Concert in Storke Plaza that began the year and allowed the campus to come together. It also produced events that will be an integral part of campus-wide initiatives to mitigate the effects of unsponsored events like Halloween and Deltopia for years to come.

There is of course much much more to AS.

Overall, students participating in AS continued the work that characterizes the organization, work that makes this world a better place and reflects how much students care about and for our campus, local, statewide, national, and international communities.

A note in closing: this online report is as comprehensive as possible, but you are always welcome to send information for inclusion. That can include text, photos, videos, links, anything that will help make the report more representative of all the things AS accomplished during the 2014/2015 year. Contact the AS Media Center with updates: media.center@as.ucsb.edu.

Thank you for your participation!

And since you’re here, check out the “The Year in AS” annual slideshow produced by Assistant Director for Technology Sean Lieberman: